Types of Phone Systems on the Market – What You Should Know 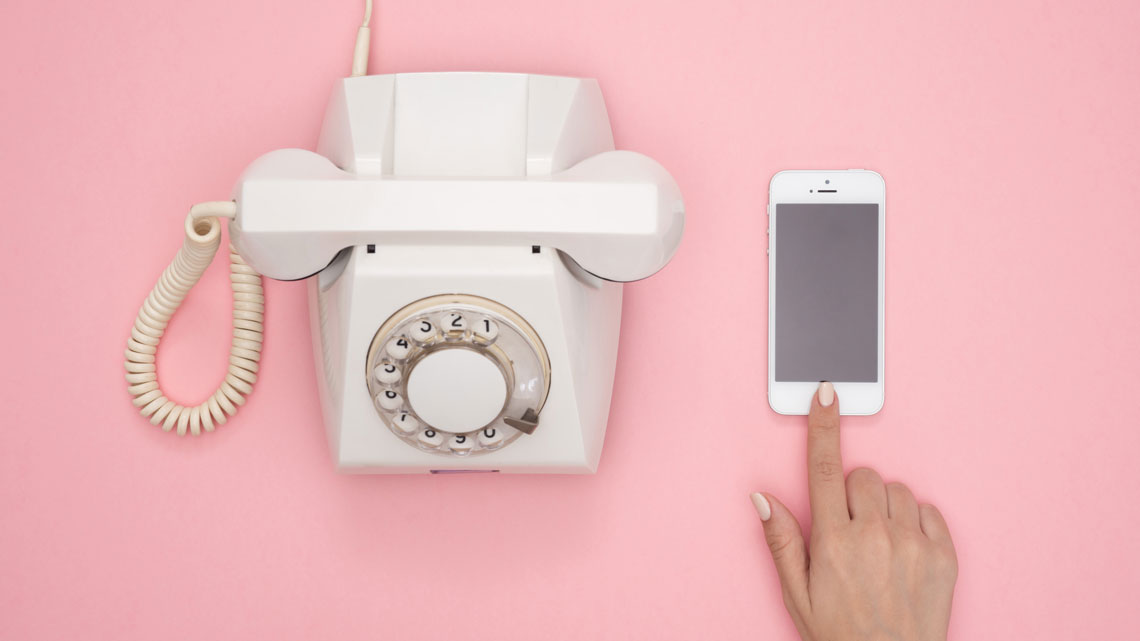 Businesses need to have a reliable phone system to communicate and get work done with maximum efficiency.

Small and medium-sized businesses stand to save time and money by implementing a robust, modern business phone system, capable of handling all their incoming calls while delivering exceptional call quality.

Contrary to what certain phone providers might want you to believe, there is no such thing as a one-size-fits-all business phone system for all businesses. Careful consideration and evaluation is required on the buyer’s end to determine the best business phone system for their specific business. Hopefully, by the end of this article, you’ll be better educated and prepared to make the proper decision for your business’ needs. 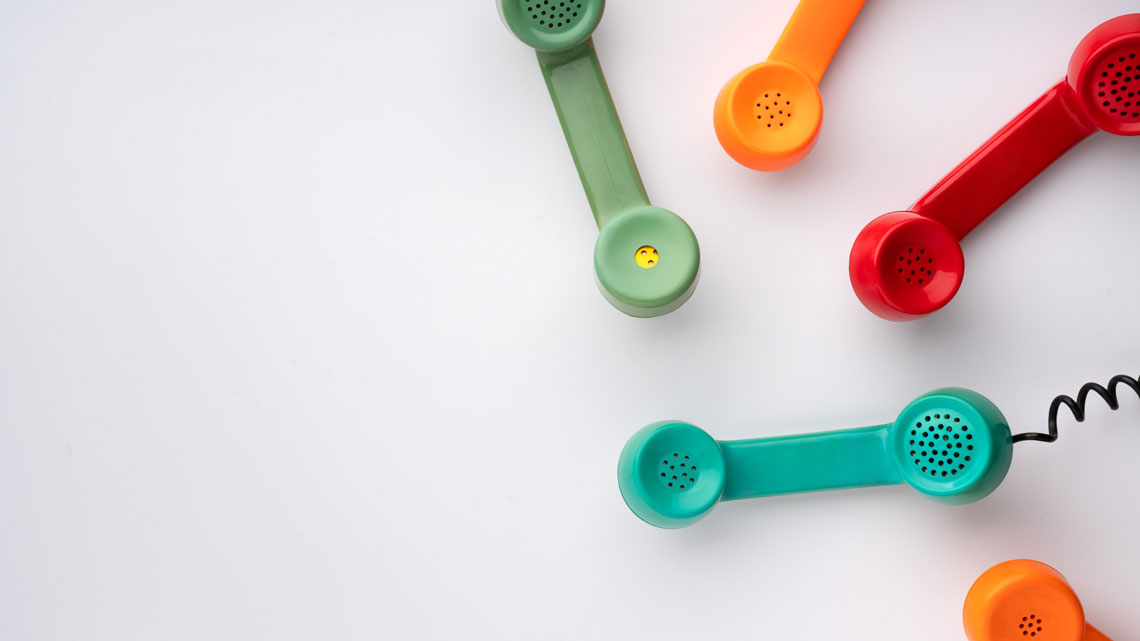 Have you ever heard of POTS?  It stands for Plain Old Telephone Service and may also be referred to as PSTN, Public Switched Telephone Network. The PSTN is what we usually think of when referring to “traditional phone lines”. It is a network of fiber cables and copper wires that connect our homes and businesses to local switching stations, allowing us to place and receive calls from “traditional”, analog, phones.

Power for these analog phones are delivered directly to the phone from the switching station’s power plant, allowing you to take and make calls even if your business is experiencing a power outage. However, these phone systems lack certain technology and features that we have grown accustomed to which are available in other phone systems. Basic phone features like hold, mute, speakerphone, speed dial, and redial are available, but routing rules, holiday schedules, automated attendants and hold music are simply not possible.

Private Branch Exchange (PBX) systems were created to supplement the basic feature set of POTS/PSTN lines, giving birth to the modern business phone system we know today. With the introduction of PBX systems, businesses were able to take advantage of advanced features such as automated greetings, menu prompts and hunt groups, to name a few, all while still utilizing PSTN lines to facilitate calling. Although nowadays, you can connect your PBX using the internet instead of PSTN, by incorporating Voice over Internet Protocol (more on that later).

Each business phone user could be assigned a dedicated extension in the system, and even had their own voicemail box. This might sound trivial reading about it now, but at the time, PBX systems were leaps and bounds better than the then available “traditional” phone systems.

However, integrating an on-premises PBX system in a business was, and still is, very expensive. Specialized hardware is required to be installed on-site, which usually costs thousands of dollars. In addition, software licenses need to be purchased, and sometimes renewed on a yearly basis, to be able to perform the advanced features we outlined above. To top it off, you’ll also need an experienced PBX programmer/architect to properly configure the system to fit your business’ needs; they’re not cheap and they usually charge by the hour. If any changes are needed down the road, say changing a user’s extension or routing calls a different way, you’ll have to pay the programmer (again) to make those changes for you.

Ultimately, this high cost kept small businesses from being able to take advantage of what PBX systems had to offer, leaving many to make do with their aging PSTN lines. 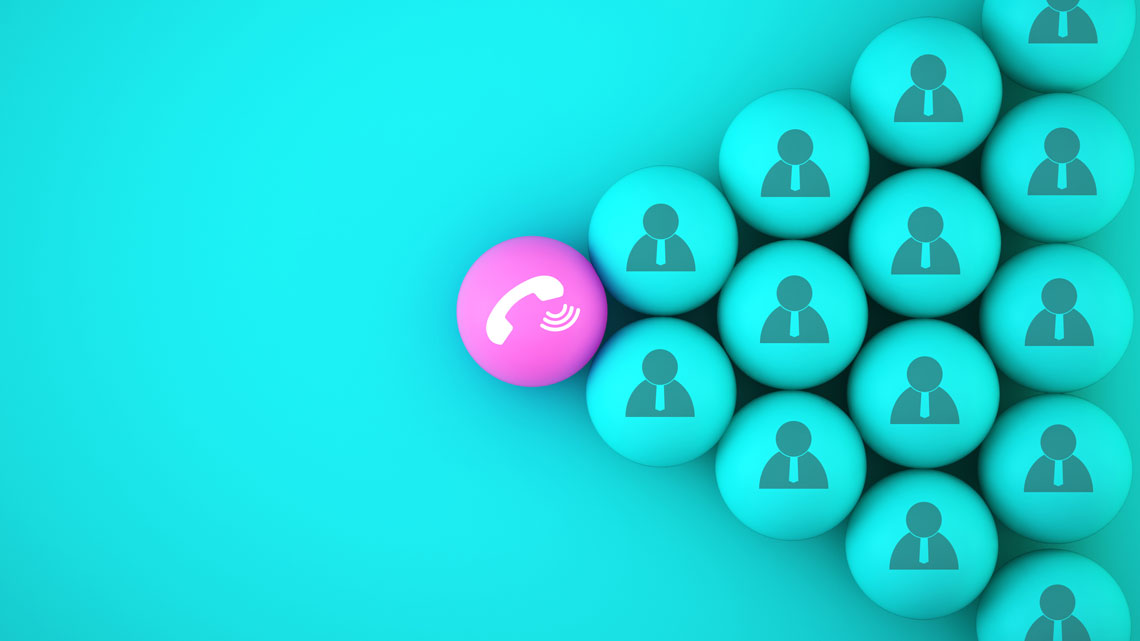 With the explosion of the internet came a wave of technological breakthroughs and advancements, not the least of which was in the telecommunications industry, namely Voice over Internet Protocol (VoIP). The internet made possible the simultaneous transmission of voice and data, all using a single connection method. This allowed businesses to leverage their existing broadband connections to deliver and accept phone calls, eliminating the need for antiquated PSTN lines altogether. Combine that with decreasing prices in the PBX market, meant that more businesses would now be able to take advantage of the features offered by an advanced business phone system.

VoIP phone systems behave much the same way as traditional PSTN PBX systems do, with only one exception: VoIP phone systems connect to the internet to take and place calls, rather than the PSTN. By eliminating the need for a separate PSTN line, businesses would have more capital to invest in upgrading their phone systems to a VoIP system.

However, this posed new challenges to overcome. Since only a single connection method is used to deliver both voice and data, careful planning and proper network design considerations must be taken in order to make sure that call quality is kept at the highest priority on the network. Any slight network disturbance or an improperly designed network will result in choppy audio and even dropped calls. So, if you are leaning toward a VoIP phone solution for your business, make sure you select a provider that has experience in networking, especially traffic shaping and prioritization.

As the name suggests, hybrid phone systems offer the mixed benefit of both – digital and IP functionality. Business users prefer this system as its versatility allows them to expand and scale relatively quickly by using VoIP, while providing the call quality you would expect from a PSTN line. These types of systems are not as prevalent today as they once were, however, many businesses do incorporate hybrid systems to act as a “steppingstone” prior to converting to a purely VoIP system. 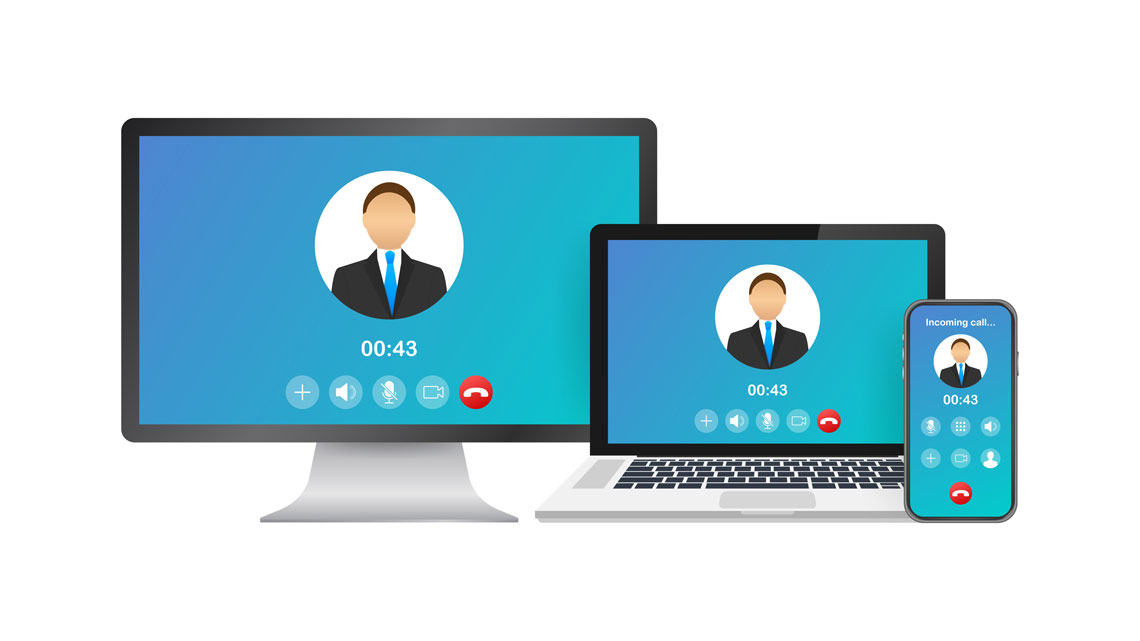 We’ve finally reached the pinnacle of today’s business phone systems: Cloud-based/Hosted PBX VoIP. This system is by far the most cost-effective and easiest to deploy, while also providing all the advanced features we have come to expect in an enterprise grade business phone system. By eliminating the need to purchase and configure expensive on-premises equipment, businesses of any size and/or budget can quickly and easily deploy a full-featured system to one or thousands of users without having any PBX programming experience.

A Cloud-based PBX moves traditional PBX hardware into a software form that is installed across multiple datacenters strategically located to provide the best call quality and decrease latency. The best part is that you don’t have to pay for any of that. The cloud phone provider has already gone through the trouble of doing all that work for you, and for a reasonable monthly cost, you’ll be able to benefit from their hard work and run your business more efficiently.

In addition, since the entire system is based on software, Cloud-based VoIP systems are able to deliver modern features such as web meetings, desktop and mobile apps, digital fax, and business text messaging, to name a few.  For this reason, Cloud-based business phone system providers are also referred to as Unified Communications as a Service (UCaaS) providers.

Most cloud/hosted PBX VoIP providers allow their customers to access their own PBX instance through a web portal that can be launched with any modern browser. With intuitive user controls, customers who wish to do so, can make changes to their systems on the fly without any previous programming experiencing. Taking it one step further, the best cloud/hosted VoIP providers offer white glove service and can make all those changes for you at no additional cost.

Well, there you have it – a somewhat extensive rundown of the various business phone systems out there.  If you made all the way through the article, you probably guessed that Cloud-based/Hosted PBX VoIP systems provide the best value for businesses of any size that are looking to cut costs while boosting productivity and efficiency.

However, the market for business phone systems has become overly saturated, and to say that there are many options to choose from would be an understatement. The most important thing to keep in mind when choosing the right business phone provider is to never compromise on quality or customer service, no matter the price of the service. In the end, getting locked in with a sub-par provider will end up costing your more time, money and sleepless nights.

At XENNECT, we pride ourselves in delivering the best service, the best options, the best customer support – all at the right price.  With a team of verteran engineers and customer service professionals by your side, we will guide you through every step of the way to make sure you are getting exactly what you need, without compromise.

Call or contact us today for a no-obligation consultation to see how XENNECT can help your business cut costs and boost productivity.